As of 17 December 2018, Swiss Post will begin transporting lab samples across the Zurich lake basin on behalf of the Zentrallabor Zürich (ZLZ) lab. Test flights in June demonstrated that the drones provide true added value to the laboratory. They are about five times faster than conventional road transport, save valuable time for patients and are also more ecological.

Swiss Post began transporting lab samples for the ZLZ as early as June 2018 high above the Zurich lake basin. The aim of the test flights was to show whether drone transportation could provide the added value desired by the client. The ZLZ lab carefully evaluated the results of the tests and decided to continue deploying the drones in future.

Crucial time savings for the patient

The route is 5.8 kilometres long and crosses Lake Zurich, linking the ZLZ emergency laboratory at Hirslanden Klinik Im Park with ZLZ’s new location at Forchstrasse 454 in Zollikon. The drone needs around seven minutes to cover the route and thus arrives at the destination five times faster than conventional road transport. This constitutes an extremely valuable gain in time for medical staff as well as patients.

In its main laboratory on Forchstrasse, the ZLZ analyses, among other things, samples taken during an ongoing operation. Only when the laboratory results become available can the surgeon know whether, for example, all the tissue has been removed and whether the operation can be completed. “Since the patient is under anaesthetic during the analysis, the time saved plays an important role for the patient,” says Marco Fischer, Managing Director of the ZLZ. The drones can also ensure rapid transport if Zurich’s Quay Bridge is closed to motorized traffic due to a public event such as the street parade. They will not fly between 22 December 2018 and 6 January 2019. 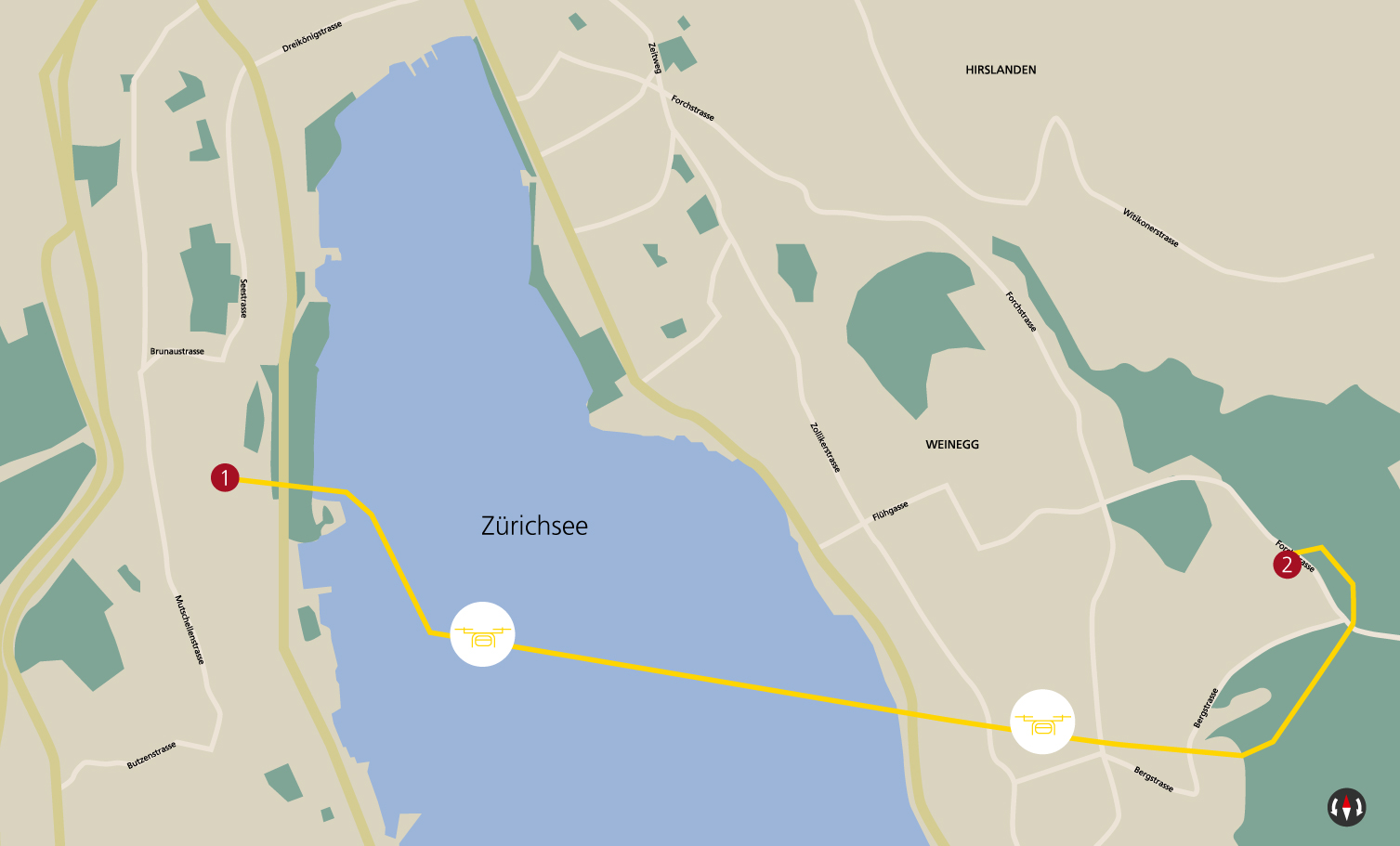 As early as June 2018, Swiss Post began transporting lab samples back and forth between the ZLZ at Forchstrasse 361 and the ZLZ emergency laboratory at the Hirslanden Klinik Im Park. The drones managed around 50 flights without incident. The key finding from the residents’ feedback was that the drones were too loud. Swiss Post responded to the situation by relocating the landing site at Bellariastrasse after the initial test flights, and tested an alternative location on the premises of Hirslanden Klinik im Park during the test phase.

Swiss Post is undertaking pioneering work in Switzerland within the area of commercial and autonomous drones. This means all findings from the various drone projects are of central importance and enable procedures to be improved. Swiss Post not only wants to know how beneficial these drones are to hospitals and labs, but also how residents are responding. The experiences gained in Lugano, Berne and Zurich are good. The drones are flying for medical purposes since consignments in this sector are often urgent and the speed at which they are delivered can be crucial. This is why they are generally widely accepted.

The drones are manufactured by Matternet and fly autonomously along a pre-defined route from which they do not deviate. The set route has been verified and approved by the Federal Office of Civil Aviation. The drone does not have an on-board camera but does have various redundant security systems and a FLARM collision warning device. The device calculates the onward flight path and transmits it by radio, which means that it can also be detected by helicopters and other airspace users.

Swiss Post believes in drones as a logistics solution. The strong interest in the healthcare sector and over 2,100 successful flights in Lugano have underlined the suitability of this mode of transport for special consignments such as laboratory samples. As a pioneer in drone logistics, Swiss Post is cooperating closely with other users of the airspace and with regulatory authorities. In the future, drones will complement traditional parcel delivery where required, but they will not replace it.

Zurich is the second city in which the flying mail carriers will be serving the medical field. Swiss Post is already transporting blood samples between two hospitals in Lugano every day, where the hospital director is now thinking ahead to the next developments. Find out more here: 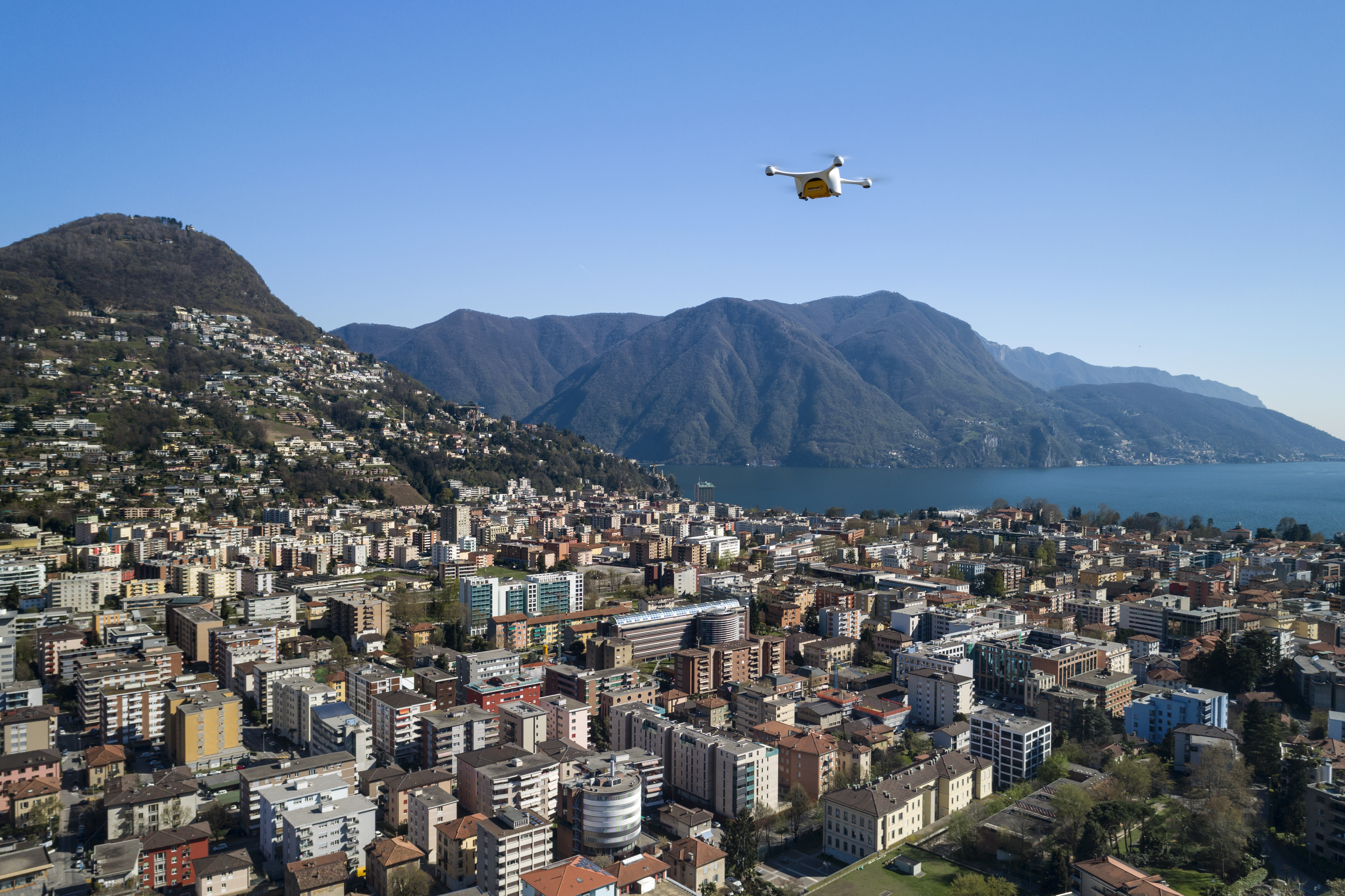 Swiss Post launched the drone project under the early Label. The early Label stands for innovations which Swiss Post tests and develops together with its customers.