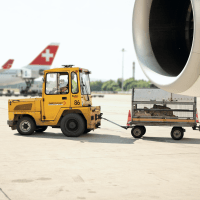 At 255 million francs, Swiss Post’s Group profit was down 149 million francs year-on-year. For Alex Glanzmann, Head of Finance at Swiss Post, the need for action is obvious and fundamental decisions need to be made about the future.

Berne: the heart of the world’s postal service

Whether it’s a parcel from Asia or that letter from overseas: thanks to the Universal Postal Union the world’s international postal services are like a well-oiled machine. But the organization that pulls the strings behind the scenes is largely unknown. And it, too, is part of the reason today is World Post Day, which this year celebrates its 50th anniversary.