On 9 October, the world's postal companies celebrate World Post Day. For the fifth time in a row, Swiss Post has taken top spot and been named the “world’s best postal service”. The Universal Postal Union announced this in its annual study. Every year, it analyses how well postal companies are internationally networked, among other things. Below, Swiss Post takes a closer look at postal items leaving Switzerland by air, and highlights the importance of international cooperation and how postal companies around the world make an important contribution to air traffic safety.

Transporting goods and information from A to B: it’s in the DNA of postal companies around the world – whether physically or digitally. Since 1969, the member states of the Universal Postal Union have celebrated World Post Day on 9 October to recognize the importance of postal services. The Universal Postal Union – or Union Postale Universelle (UPU) in French – regulates international cooperation between postal authorities. Fabrizio Simona, Deputy Head of Group Security at Swiss Post, highlights the meaning of “cooperation between the postal authorities” in concrete terms. He is committed to ensuring that the parcels that Swiss Post sends out into the world pose no danger. 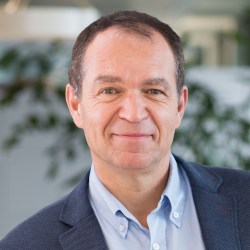 Fabrizio Simona has been working for 10 years to ensure the highest possible level of safety for Swiss Post’s international air traffic.

“Postal traffic is a special case”

Every day, thousands of parcels and letters arrive in and leave Switzerland via Zurich and Geneva airports. Around 15 percent of all postal items that leave Switzerland do so by air. Swiss Post is responsible for the safety of these items. “Internationally, the strictest rules apply to postal operators,” says Fabrizio Simona. He explains: “Four different groups travel by air: passengers, their luggage, freight and post. The latter is a special case”. Due to postal secrecy, a postal operator does not know the contents of a parcel, nor does it know the sender or recipient personally. And unlike freight companies, a postal operator does not pack the shipments itself. This is why stricter safety rules apply also to Swiss Post. For this reason, customers are not allowed to send dangerous goods abroad by post. Dangerous goods include, for example, loose lithium batteries, but also corrosive and flammable liquids, as well as perfumes containing alcohol or explosive substances such as fireworks. Swiss Post checks this carefully, x-rays all parcels and small goods consignments at Zurich and Geneva airports, thereby ensuring safety in the air. Because a fire in the cargo hold mid-flight and at a height of over 10 kilometres can have devastating consequences. You can find out which goods are approved for shipping abroad and which are not here. 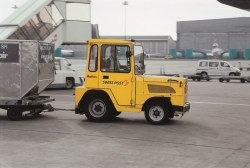 Around 15 percent of all Swiss Post parcels and letters leave Switzerland by air via Geneva or Zurich.

Many postal items that leave Switzerland by air travel in the cargo holds of passenger aircraft. “We have to make sure that our shipments do not pose a threat to air passengers or to the crew. At the same time, we want to be a reliable partner for the growing online retail sector. These are the things that need to be taken into account”, says Simona. This is why he represents Switzerland in the “UPU Dangerous Goods Working Group” – a working group of the Universal Postal Union and the International Civil Aviation Organization (ICAO). The International Federation of Air Line Pilots’ Associations (IFALPA) and the International Air Transport Association (IATA) are also represented. They are all committed to ensuring a common understanding of the safety of postal items in aviation.

For example, how do certain batteries need to be packaged to ensure they can be sent by post? When and where have breaches of the transport rules occurred? What can Swiss Post learn from this? And how can postal companies raise customers’ awareness even further to ensure that they always correctly declare the goods? Correct goods declarations are important. For instance, corrosive liquids leaking from a parcel can cause serious injuries to staff who come into contact with them. These and many other questions are addressed by the participants of the working group every year as they work to prevent such incidents. This ensures that postal companies are all pulling in the same direction and contributing to air traffic safety worldwide. “We all know that we are stronger and safer when we all work together”, says Simona. “We have to be able to rely on the fact that foreign postal companies carry out the same checks and raise awareness among their customers to the same degree”.

The “world’s best postal service”: number one for the past five years

World Post Day is not least a celebration of international cooperation. Against this backdrop, the UPU publishes its annual rankings of the world’s best postal companies. It measures the reliability of a country’s postal service, how well networked it is in an international context, how relevant its products are for the country’s population, and how innovative and sustainable the postal company is. Swiss Post has once again been named the “world’s best postal service” in 2021. This means that it has taken first place five times in a row since 2017. Johannes Cramer, Head of Logistics Services at Swiss Post and member of Executive Management, accepted the award today at the headquarters of the Universal Postal Union in Bern.

Roberto Cirillo, CEO of Swiss Post, is proud of the group’s 54,000 employees and thanked them via video message: “The professionalism you demonstrate every day in your job is highly appreciated by Swiss Post. With your commitment, you ensure the relevance of our mission for millions of people and for our economy every day. You’re giving your all every day to help power a modern Switzerland!”

Find out more about the annual ranking of postal companies by the Universal Postal Union at: www.upu.int.