For years, it’s been a tradition for children all over Switzerland to write to Santa Claus during the Advent period. To reply to the heaps of letters, Santa relies on the valuable support of a special team of eight Swiss Post elves. These little sorting magicians work in “a special Santa Claus branch” in Ticino. Santa Claus shares with them the most beautiful or moving letters he receives. Moritz Succetti happens to be one of these elves. 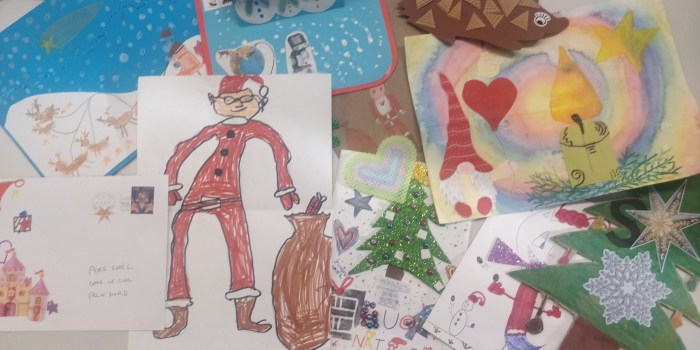 Children draw and decorate the letters

The war in Ukraine is also a concern for the children
Moritz is an experienced elf, but he was particularly moved by the messages he received this Christmas: “We see that many children are very concerned about the war in Ukraine. They express their fear of war and hope for world peace. In 2021, they were mainly concerned about the coronavirus pandemic.” In addition to these touching stories, the elves received, as in previous years, many gift requests for electronic devices such as mobile phones, gaming consoles, etc. “We also see themes related to nature, such as animals and, in particular, horses,” he smiles.

This year once again, the elves saw a large number of dummies piling up: many small children typically send in their dummies, promising Santa they’ll stop using them…

There are also moving stories from “big kids”. Moritz Succetti says that many adults also write to Santa, especially people who are lonely or want to talk about their worries and concerns.  “We’re proud of our mission as elves – together we’re a great team”, he adds.

Usually around three quarters of the children’s letters come from Western Switzerland and Ticino. The table below shows the growth in the number of letters addressed to Santa Claus over the past few years: 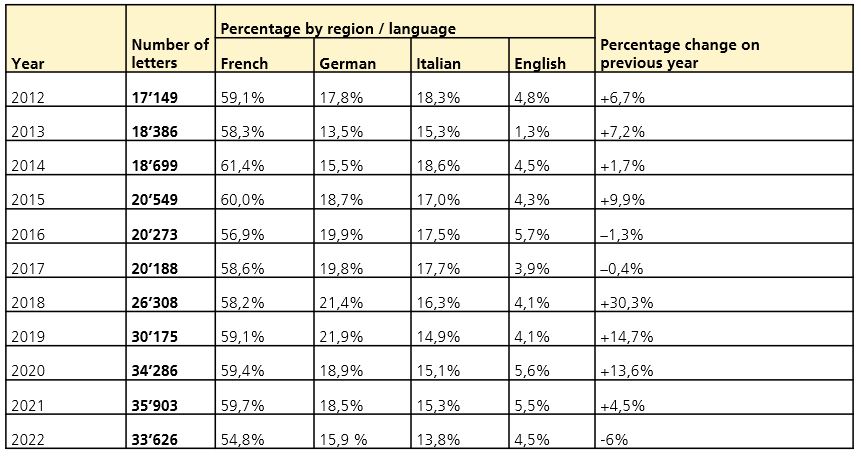