“The path to a fresh start requires relentless commitment”

Chairman of the Board of Directors Urs Schwaller answers key questions on the repayment procedure and the next steps in making a fresh start at PostBus. 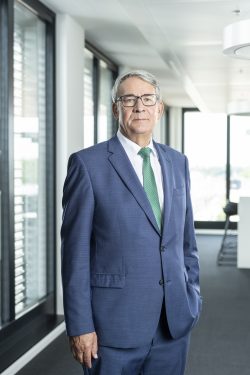 Mr Schwaller, the amount to be repaid is far in excess of the figure originally communicated by the FOT. Why is that and what does it mean for Swiss Post?
Urs Schwaller: That’s correct, so far there has been talk of a higher double-digit, million-franc figure. In this respect, we have always said that the period from 2016 to 2018 would also have to be taken into account in addition to 2007 to 2015. It was clear to us from the outset that we would pay back every Swiss franc owed. I’ll outline the repayments agreed again: we are paying around CHF 188 million in total to the Confederation, the cantons and the municipalities for the period from 2007 to 2018. On top of that there’s over CHF 17 million which we’re paying voluntarily for the period prior to 2007.

That’s a lot of money in total. While we have set aside the reserves required, the repayment will obviously have an impact on Swiss Post’s annual result and, above all, the figures posted by PostBus.

Why are we making an additional voluntary payment of over CHF 17 million when we have to cut costs?
That is a legitimate question. We discussed this matter at great length on the Board of Directors because the claim to the amount has lapsed from a legal perspective. We reached the conclusion that we should repay the money anyway. It is an important part of our promise to redress the damages. It is also a question of regaining the trust of our partners.

We’re all aware that Swiss Post is making savings in various areas, not least in its branch network. We should not forget that these cost-reduction measures are structural and are being made quite simply because our market environment is changing. The repayments will not result in any additional cost-saving measures at the expense of our employees. 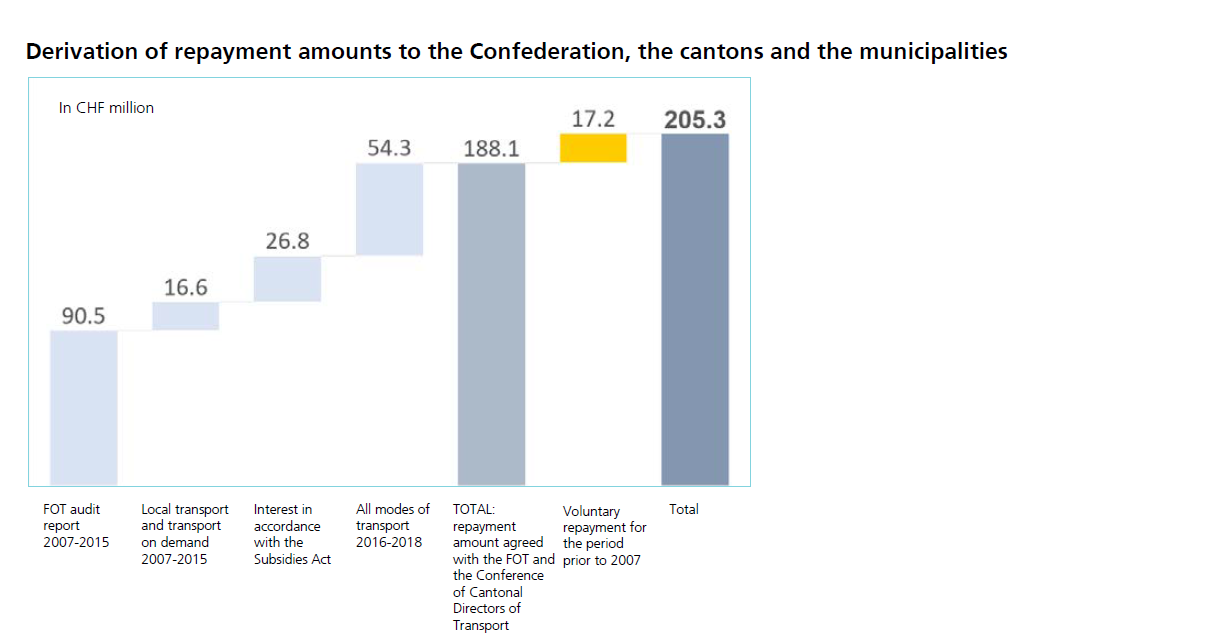 You say this is a major milestone. What’s going to happen next?
The repayment is indeed a major milestone in redressing the issue. We will continue to work intensively on implementing further measures. Almost all of the appointments to PostBus’s new Executive Board have now been made and the persons who will fill the remaining vacancies are set to be announced shortly. The reversal of the IMPRESA holding structure is on track and will enter into effect in the coming year. The change of audit company will also be driven forward from next year and the announced compliance programme will be put in place over the next few months. The orderly withdrawal from operations abroad is also progressing well. We are also currently continuing to assess whether to initiate directors’ and officers’ liability and liability for damages. You see, while we’ve achieved a great deal, much work still lies ahead of us. I would like to thank everyone concerned for their tireless efforts.

In your personal opinion, when will trust in our company be restored?
Regaining trust is not an easy task – we have to work at it every day. The team led by Tommy Baur has been working hard for a long time and has made an important contribution to resolving the repayment issue.

This is why it is all the more frustrating that past mistakes are constantly setting us back – for example, the glitches with PubliBike or the mistakes made with the expense accounts of our drivers. I’m therefore unable to set a timescale today. One thing is for sure though, we will ultimately be judged by our actions alone. To use an old adage, “actions speak louder than words.” As members of the Board of Directors and Executive Management, we will remain fully focused on carrying out the work that still needs to be done and supporting the teams responsible.

I nevertheless wish to take this opportunity to thank the employees of Swiss Post most sincerely for their efforts. Many of you do an outstanding job day in, day out and are not to blame for the bad press which our company has come in for recently – this should not be forgotten.