Christmas is a time when children’s wishes are fulfilled, thanks to Saint Nicholas and Santa Claus. That’s why Santa’s little helpers need to be informed early enough about your gift requests. The first step is to write a letter, usually with drawings, decoration and a wish list, and then place it in a yellow letter box. Letters can be addressed to “Santa Claus, North Pole”, “Père Noël, pôle Nord” or given other fanciful addresses. It doesn’t matter what address or character you choose: the world’s best postal service will always deliver all those letters to Santa Claus, Père Noël, the Weihnachtsmann or Babbo Natale. 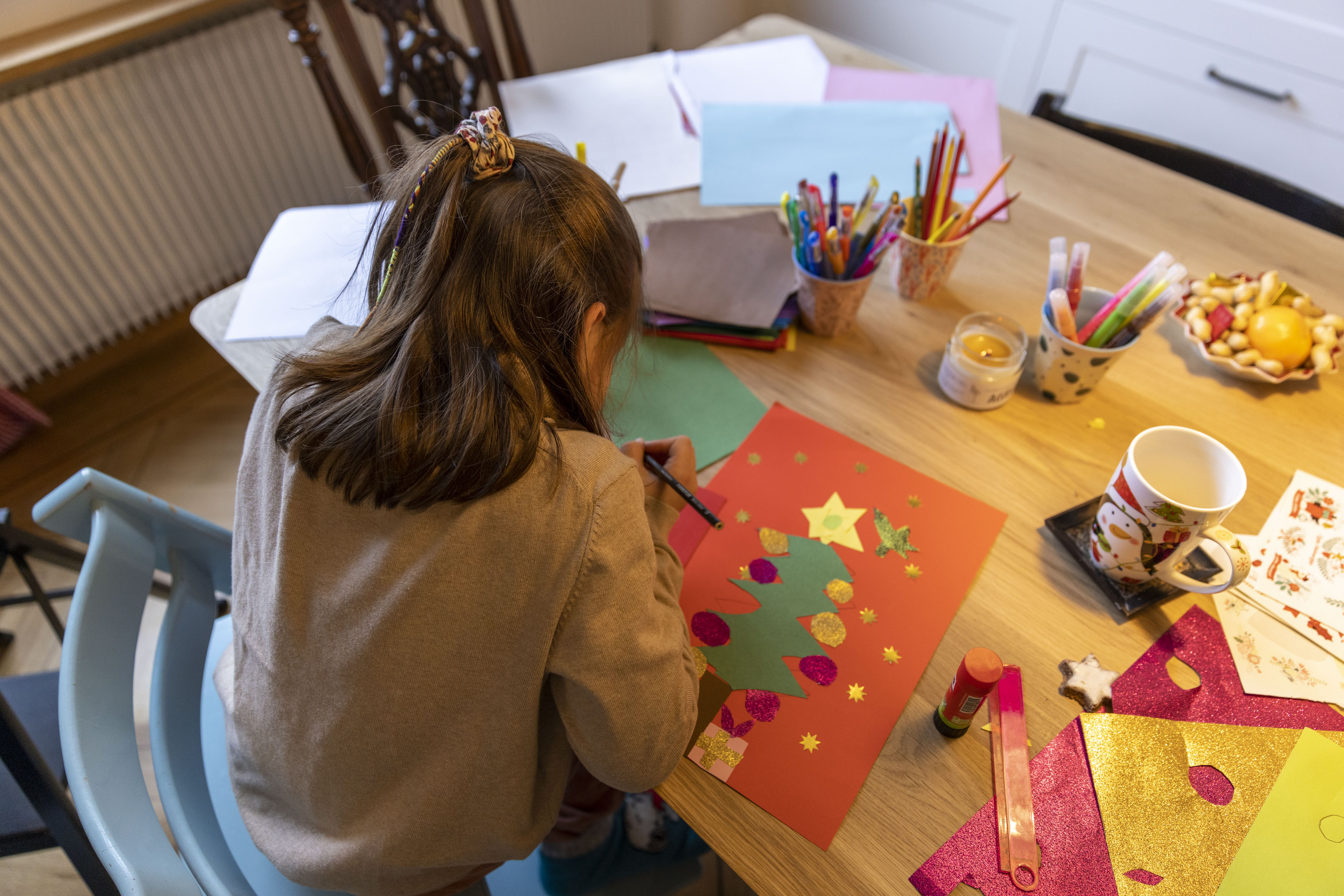 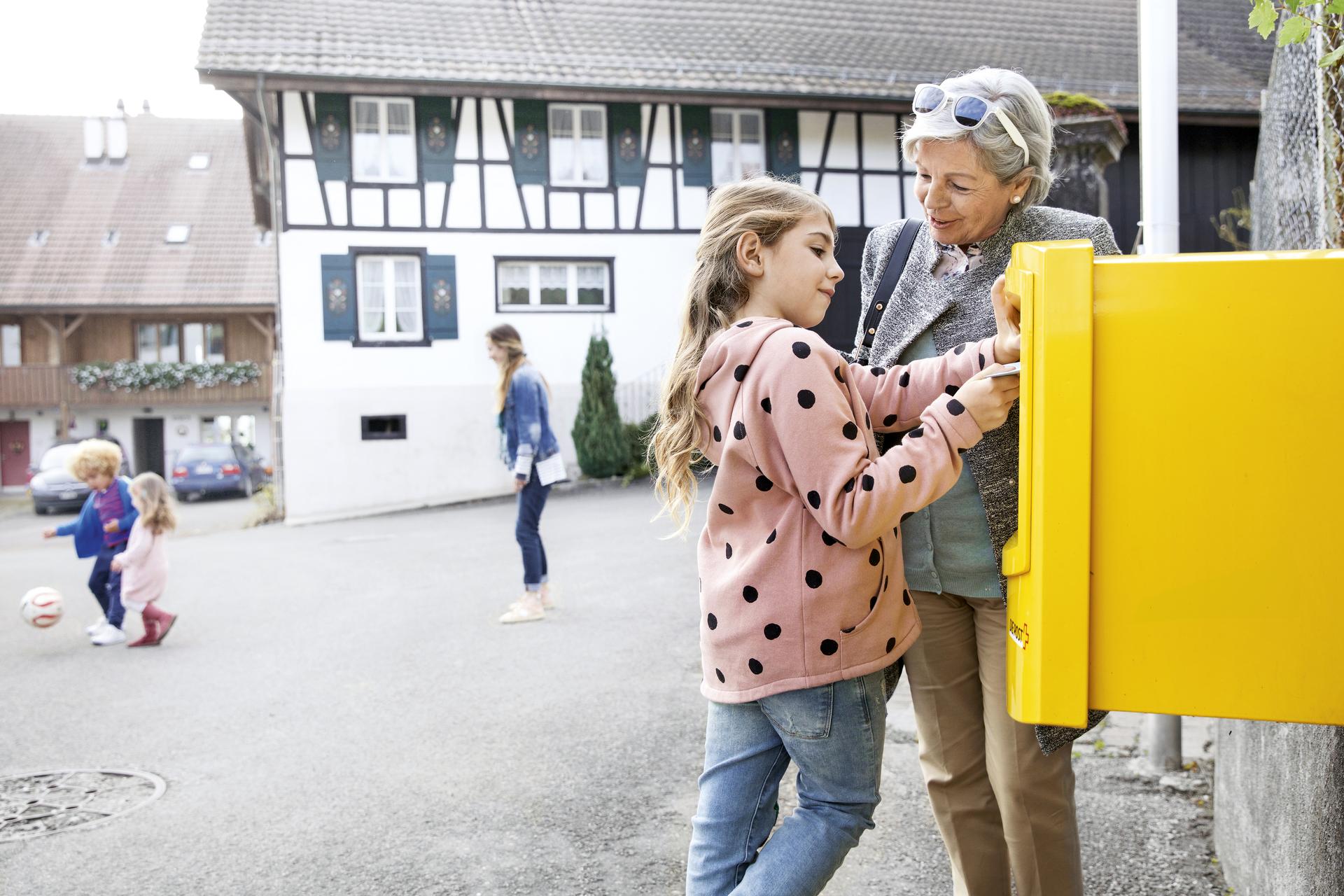 But where are all these letters delivered? To a “Santa Claus branch” in Ticino. This is where Santa Claus can count on the help of a special team of eight Swiss Post elves to answer every letter. A message written in one of the three national languages, together with a beautiful stamp and of course a small gift… The only condition is that the child who sent the letter can be identified. If the child’s address is not on the envelope, Santa’s little helpers really have to move heaven and earth to find the full address, for instance with the help of the postmark. Last year, more than 90 percent of the children received an reply for Christmas, much to their delight.

A record last year: more children than ever wrote to Santa Claus

In recent years, the number of letters sent to Santa Claus has risen, without any real explanation for the phenomenon. In 1950, 450 letters were sent, whereas last year, an absolute record was set: almost 36,000 letters were sent between the end of November and Christmas. An interesting cultural detail is that, for several years, three quarters of the children’s letters come from Western Switzerland and Ticino. Another long-standing tradition is that in Western Switzerland, children usually write to “Père Noël”, whereas in German-speaking Switzerland they traditionally write to the “Christkind”. Traditions vary according to geographical regions and to whether the canton is Protestant or Catholic.

The table below shows the growth in the number of letters addressed to Santa Claus over the past ten years: 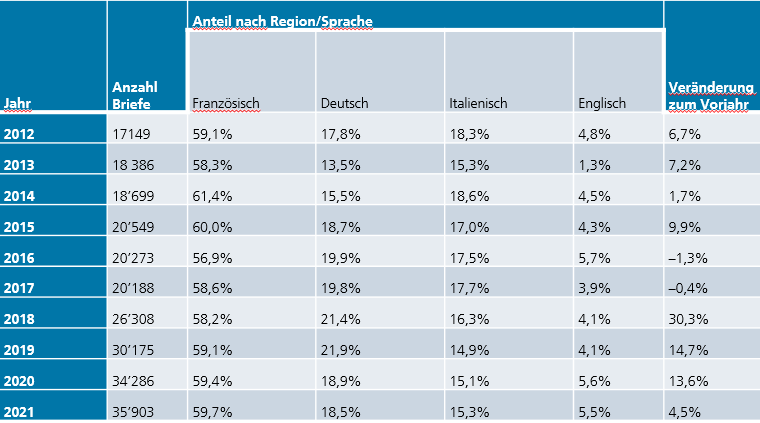