My Post 24 terminals strike a chord with the Swiss public

We're all used to finding a collection note in our letter box. In most cases, it means we were out when the mail carrier called, and we’ll now have to go the post office to collect the tea, face cream or new clothes we recently ordered. But what if our plans for the day clash with branch opening hours? Swiss Post can offer plenty of alternatives for collecting parcels, including My Post 24 terminals. This option saw a huge take-up during the pandemic in 2020.

With My Post 24 terminals, you can send or receive parcels yourself whenever you want. When Swiss Post launched the terminals back at the end of 2013, no-one really knew how well they would go down with customers. At first, the country had only a handful of terminals, which were used relatively infrequently. It soon became clear, however, that they met the needs of customers. People’s habits are changing. More and more customers now prefer to enjoy Swiss Post’s services around the clock. In recent years, Swiss Post has gradually increased the number of terminals from 94 in 2018 to 183 at the start of 2021. And, at the same time, this service has been embraced. January 2018 saw around 25,000 transactions at the terminals – i.e. parcels and letters sent or received – and in December 2020, this figure had increased to 220,000.

My Post 24 terminals have struck a chord with the Swiss public. In 2020, when the pandemic started, the terminals saw unprecedented popularity. At first glance, that seems paradoxical. After all, during lockdown, more people stayed at home during the day, which meant someone was always there to take delivery of parcels. Many people ordered clothes and other goods online during this restrictive period. But anything that didn’t fit or wasn’t what customers were looking for was conveniently returned, increasingly with the My Post 24 terminals. For the first time ever, Swiss Post customers sent more parcels than they received via these terminals. Many people have found My Post 24 to be a valuable alternative to their local Swiss Post branch particularly during these extraordinary times and the ongoing parcel boom. Altogether, customers posted more than 930,000 parcel returns via My Post 24 in 2020, which is more than twice as many as the previous year.

Swiss Post aims to considerably expand its network of terminals

Online retail is continuing to grow, and, with it, the number of parcels. With this in mind, Swiss Post is looking to more than double the number of My Post 24 terminals in the coming years. 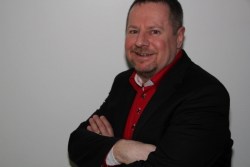 Manfred Winiger, a Swiss Post employee for 35 years, keeps track of the steadily growing family of My Post 24 terminals.

Manfred Winiger, Infrastructure Manager at Swiss Post, is responsible for procuring the terminals. He’s been satisfied with developments so far: “Customer feedback just keeps getting better each year. We’re on the right track.” However, he says: “We need to set up our terminals where our customers are.” Swiss Post frequently has to relocate its terminals, as there’s not enough demand at some of the locations. Winiger adds: “The terminals are modular systems. We can tailor them to requirements and make them bigger or smaller, depending on the space available.”

What many people don’t know is that even though Swiss Post has reduced the number of its self-operated branches, the total of all Swiss Post access points has risen since 2016 from 4,200 to around 4,700 today. The growing number of terminals will ensure that this figure continues to rise in the coming years. Besides the Swiss Post branches and My Post 24, the company’s other access points include branches with partners, locations with a home delivery service, as well as the additional service points in shops, known to customers as PickPost.

And what does Swiss Post consider to be the ideal location for a terminal? Of course anywhere people live, work or simply pass by: such as at train stations or in shopping centers. When it comes to choosing a location, Swiss Post branches are increasingly being considered. The reason for this is simple: often these branches are located in the city and customers are very familiar with where they are.

For several years now, if no-one’s at home when the mail carrier calls, parcels have been delivered directly to the nearest terminal instead of being returned to the branch for collection. Customers are then able to open the terminal by simply scanning the QR code on the collection note. This creates a win-win situation for Swiss Post and its customers. Swiss Post lightens the workload for its branches, which then frees up employee capacity for customers with more complex concerns. At the same time, customers are able to collect their parcels at a time that suits them because most of the terminals are accessible 24 hours a day. By the end of 2020, more than 850,000 households in Switzerland had used this service.

More information on the terminals can be found at www.swisspost.ch/mypost24