Most people find it easiest to tell the doctor where it hurts or explain a meal recipe to somebody freely in a language they’re used to – their mother tongue. It’s no different for the 56,000 employees at Swiss Post. For International Mother Language Day on 21 February, Swiss Post shows us which linguistic barriers exist, but also how it’s building bridges in Team Yellow.

A total of 76 different native languages are spoken at Swiss Post. This language diversity is most impressive at Switzerland’s largest letter center in Zurich-Mülligen. Here alone, the 1,100 members of staff speak 38 different native languages as they sort letters, promotional mailings, newspapers and smaller parcels for the whole of Switzerland around the clock. You can hear languages ranging from Serbian to Portuguese, Thai and Finnish through to Urdu resounding through the buildings.

“The soul of the letter center”

Francesca di Stasi is one of the 1,100 members of staff. This native Italian, an up-and-coming team leader in letter sorting, loves her place of work: “All the different languages we speak give the letter center its own soul”, she explains. She especially enjoys talking to her colleagues in Italian during breaks. 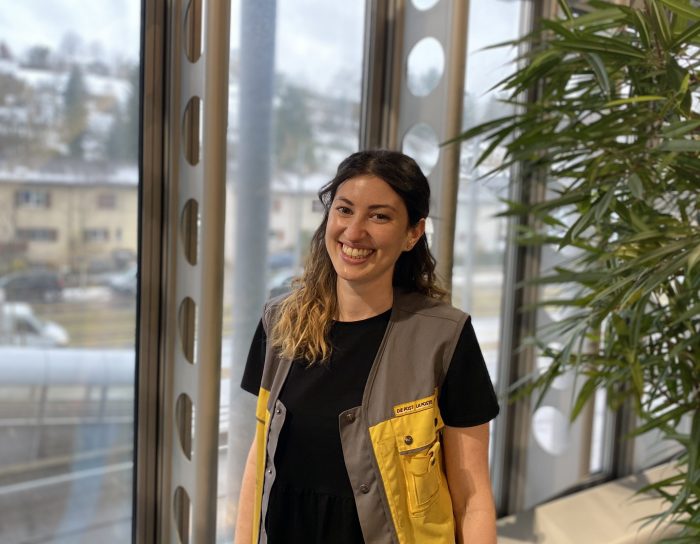 Francesca di Stasi: “A short chat during a break in my native language does me the world of good!”

Despite the variety of languages spoken, Standard German is the official working language at the Zürich-Mülligen letter center. “This is important to ensure we’re all on an equal footing”, says Francesca di Stasi. It’s why Swiss Post offers German lessons for all three working shifts in the letter center. This means you can get to grips with the language of Goethe early in the morning or late in the evening, explains Beniamino Aloise. He heads the letter center and ensures that staff use clear and comprehensible German for internal communication: “Metaphors should be avoided, for example”, he says as he recalls a speech in which the management team spoke about a marathon to motivate staff to perform at their best. “Some took it a little too literally and asked when this marathon would take place”, he remembers with a smile. 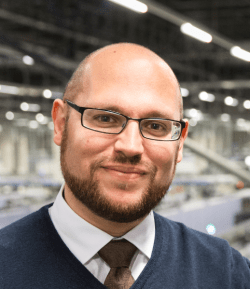 Swiss Post is right here for all parts of Switzerland and wants to reflect its linguistic and cultural diversity. This is why the company is encouraging the use of the different national languages. It’s empowering staff to actively use their own language in their everyday work. After all, you feel the most secure in your own mother tongue and can best express your thoughts.  Language diversity is important to Swiss Post CEO Roberto Cirillo. He wants to encourage the use of French and Italian at Swiss Post: “Multilingualism is part of the DNA of Switzerland and Swiss Post too.” It offers a wealth of opportunities that we simply have to use”, underlines Cirillo. However, he adds: “There’s a lack of representation of Switzerland’s linguistic diversity in management in particular.” At the start of 2019, the proportion of Italian- or French-speaking staff in top management was only 4.5 percent as opposed to 95.5 percent of German-speaking staff. Swiss Post wants to increase this proportion to at least 20 percent by 2024. But how does it aim to achieve this? CEO Cirillo says: “We need to convince managers that language diversity can help advance the company. We can achieve this without setting quotas.” He’s relying on lots of small measures: “French and Italian need to become as commonplace as German. For instance, we’ll be holding an increasing number of internal information events in different national languages and offering a steady supply of temporary job swaps across linguistic boundaries.” In doing so, Swiss Post intends to enhance the language skills of its managers and remove hurdles for applicants from French-speaking and Italian-speaking Switzerland.

The efforts at promoting linguistic diversity seem to be working: at the end of 2020, the proportion of French- and Italian-speaking employees in top management was already over 7 percent.

The key to respect and understanding

Swiss Post considers the diversity of its staff to be key to its success and is promoting it through various measures. For example, Swiss Post runs an internal network for linguistic and cultural diversity. It includes table talks where learners can discuss various topics in a foreign language for 60 minutes. Between 400 and 500 employees use these table talks every year, mostly to improve their skills in another national language or English. Language tandems – where two people teach each other their own native tongue – are becoming more popular at Swiss Post. Swiss Post also introduced an internal tandem portal in 2019.

Cultural diversity is very close to Swiss Post’s heart. CEO Roberto Cirillo is certain that Swiss Post is on the right track: “Language skills help promote understanding and respect. They represent crucial foundations of a public service for everyone in Switzerland.”

Valentine’s Day is also in February: how do you say “love letter” in other languages? We asked staff at the Zurich-Mülligen letter center to say it in their native language:

The first International Mother Language Day took place on 21 February 2000. It was launched by UNESCO to “promote linguistic and cultural diversity and multilingualism.”