Wish lists, drawings or even presents: children have been writing to Santa Claus for many years. They tell him their dreams, what they wish for most and talk about their lives. To help him respond to all the letters, Santa will rely on support from Swiss Post’s elves this year again. But how long has Swiss Post been helping out? And has the number of letters sent by children increased?

Legend has it that going back many years, high above the Arctic Circle in Finland, Santa decided to get outside help to manage the continual increase in letters that the Santa Claus post office in Rovaniemi could no longer cope with alone. So, 70 years ago, Santa sought help from Switzerland and found what he was looking for. Ever since then, he has turned to Swiss Post’s reliable and punctual elves, who help him respond to the huge number of letters he receives from the children of Switzerland. Swiss Post’s elves agreed in an instant and are happy to do this heart-warming work – it’s their way of keeping the Christmas magic surrounding Santa alive across generations. All 56,000 members of staff forward every single mail item with the slightest hint of being a letter to Santa to the elves working in the Cadenazzo branch on behalf of Santa. This ensures children’s letters with fanciful addresses like “Santa Claus, North Pole” or “Père Noël, pôle Nord” find their way into the office of Santa’s little helpers. During the 70 years since 1950, items that might otherwise be termed as “undeliverable letters” in Swiss Post jargon have been sent by the elves far away to the north, rather than being stamped “Recipient unknown”. 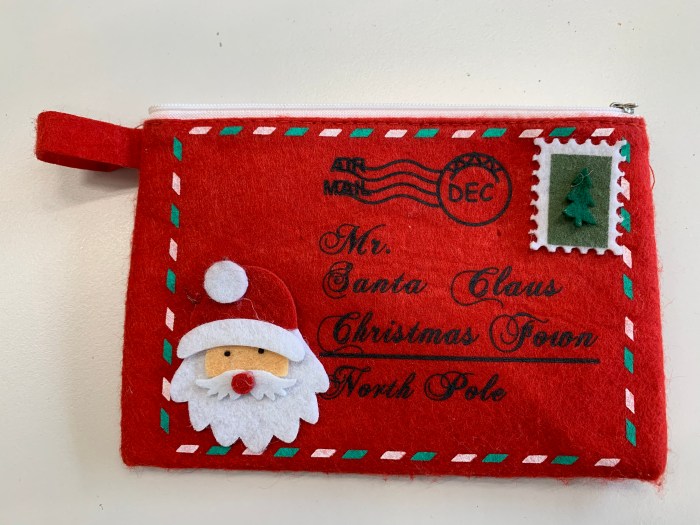 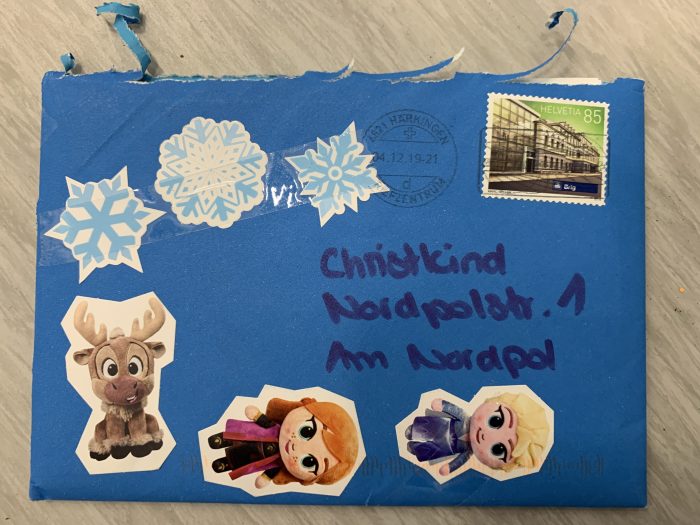 The number of letters processed has risen steadily since 1950

Since 1950, the number of letters from children has grown enormously: the team of helpers in Switzerland counted around 450 in the early years. 30 years later it had climbed to around 1,800, and in 2004, it reached 17,522 children’s letters. A new record was set last year as a total of 30,175 letters were sent last year from throughout Switzerland to Santa, the Weihnachtsmann, Père Noël and Babbo Natale, more than ever before. There’s no conclusive explanation for the significant increase in recent years, but it could be that people are rediscovering the emotional value of physical letters in the face of an ever more digital world. Daycare centers, kindergartens and school classes are also increasingly using the opportunity to get kids to write beautiful letters and colourful drawings. 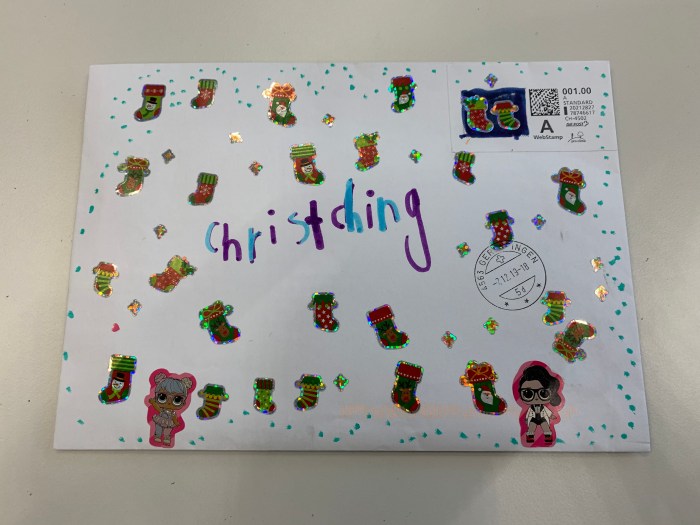 Another example. a letter with colourful stickers addressed to “Christching”

The joy brought by the letters is well worth the effort

The replies to the children’s mail come from Santa himself – provided he can find the sender address. Staff in Cadenazzo prepare reply envelopes that they fill with a small gift and decorate with a Christmas stamp and a Bethlehem postmark. Thanks to this demanding preparatory work, the elves make Santa’s job a whole lot easier. Last year, they were able to locate 91 percent of the young letter writers, meaning Santa could write back to them. The elves make every effort to find out the addresses. The joy and emotion of the many children’s letters, some of which arrive with drawings and collages, mean the elves around Santa Claus immediately forget the huge effort involved.